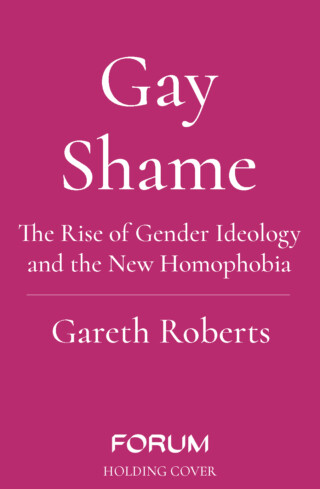 Only a few years ago, it seemed that the fight for gay rights was won: legal equality was achieved, prejudice rapidly dying out. Mission accomplished, right?

Wrong, argues Gareth Roberts. Homophobia is making a major comeback under the guise of the ideology of ‘gender identity’. The enforcers of this new creed insist that attraction to people of the same sex is ‘hateful’. They argue that effeminate men and butch women can’t just be gay, but must ‘really’ be trans. Worse, this ideology has colonised the gay rights movement, capturing institutions like Stonewall and the gay press completely. Anyone who disagrees risks professional suicide.

So what happened to the funny, grown-up culture, truth-telling and knowing irony of gay men? How and why was the older gay rights activism, which gifted such progress to homosexual people, hijacked?

In this passionate, witty polemic, Gareth Roberts answers these questions and argues that we need a new gay liberation movement.

Gareth Roberts is a writer and journalist. He has a weekly column for The Spectator and writes regular pieces for UnHerd and Spiked. His television writing credits include Coronation Street, Emmerdale, Doctor Who, and many others.