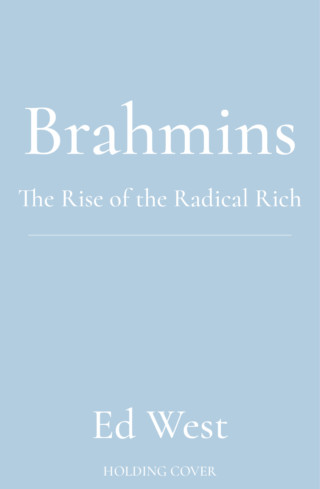 The new ruling elite in the west – the ultra-wealthy tech magnates, financial wizards and corporate bosses that wield enormous power over us – embrace extremely progressive political ideas. What explains this apparent paradox?

In this scintillating critique of these new radical plutocrats, conservative commentator Ed West argues that the ‘luxury beliefs’ of the new Brahmin caste are perfectly consistent with their accumulation of ever greater wealth. Ultra-liberalism, with its inherent bias towards valorising autonomy, freedom, and cosmopolitanism, is a creed that inherently benefits the rich. Examining how this new elite allies itself with both younger, poorer knowledge workers and immigrants against the more culturally conservative working classes, he argues that the rise of identity politics allows the wealthy to pose as social justice warriors in a way that poses no threat to their own privilege and power.

A must-read for both conservatives and traditional leftists, Brahmins is a razor-sharp diagnosis of a culture that is combining the worst element of capitalism and progressivism.

Ed West is a writer and journalist. His previous books include Tory Boy and The Diversity Illusion. He writes the Wrong Side of History substack.