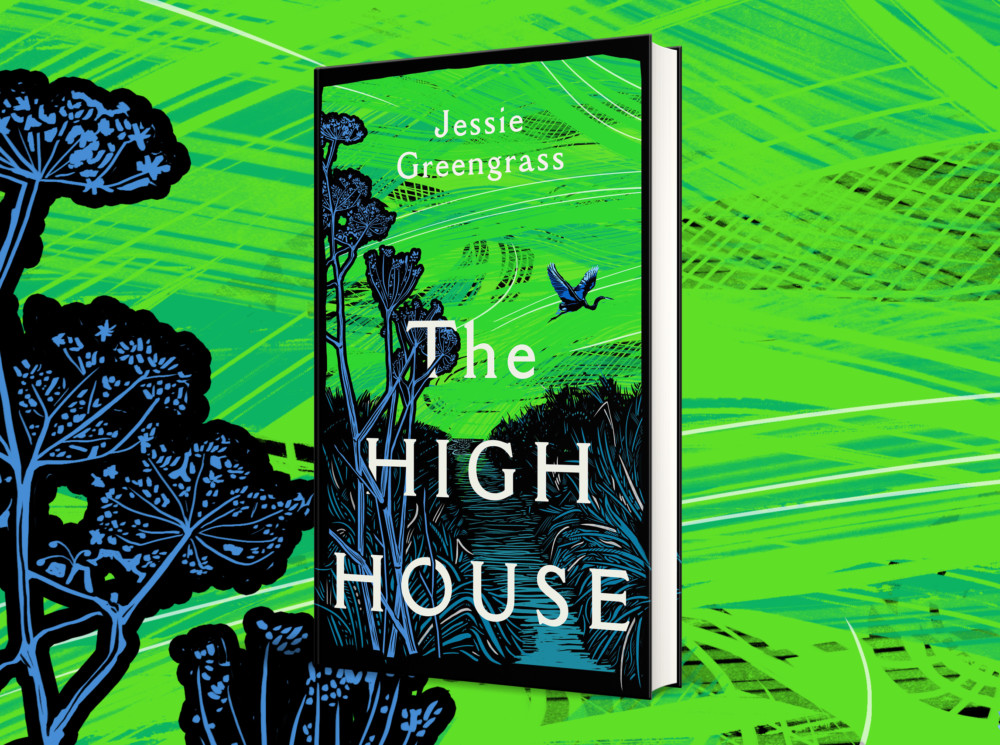 Jessie Greengrass‘s poignant and urgent novel The High House quickly became a fan favourite and is an essential bookshelf staple as we watch our leaders publicly declare how they are going to tackle the imminent issues of climate change at The 2021 United Nations Climate Change Conference.

Chosen by the Independent, Guardian and New Statesman as a most anticipated new novel of 2021, The High House moved readers to hold up their five-star praises many times over.

In Jessie’s words, ‘for all that wilderness and its preservation has a vital part to play in the future, we also need to learn to see the value in the rest of the planet, even the parts which might seem catastrophically at odds with traditional ideas of the wild’. Head to bookshop.org to read Jessie’s list of recommended environmental reads and a short essay on her selection of books.

Praise for The High House:

‘This brave, important and exquisitely written novel is a frightening one. But even the darkest times are lit by moments of beauty and grace, and the reader is uplifted by Greengrass’s conviction that salvation lies not in competing with one another to survive but in uniting to help those we love’ – Sigrid Nunez

‘A book suffused with the joy and fulfilment of raising a child. The High House stands out, for Greengrass understands that perhaps the best writers and artists can hope for no is to help us admit, accept and process our collective failure to act’ – Guardian

‘By the end I felt a tightening in my chest. Not only admiration for what I had read, but fear, which I had swallowed down, one calm and often beautiful sentence after another. The High House managed to shock my system in a way that the attention-grabbing antics of Extinction Rebellion have not done’ – Scotsman

‘Will delight readers who relish the ambition and originality of her work, and leave them pondering its ideas about climate change, family, inequality and the ethical dilemmas that are posed by a crisis’ – i paper

‘Greengrass uses a future post-apocalyptic world as a perspective from which to apply the melancholic, nostalgic air of Ian Sinclair, Rachel Lichtenstein or W G Sebald to our own present. You think you have time. And then, all at once, you don’t’ – Irish Times

‘Profoundly moving, this is an incisive yet hopeful reflection on how to move forward together’ – Julianne Pachico

‘Subtle and affecting, tender and terrifying, and written in the most sumptuous and delicate prose’ – Esther Freud