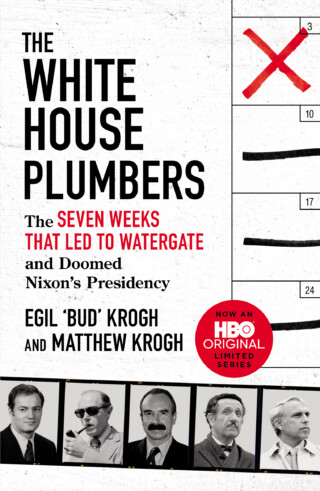 SOON TO BE A FIVE-PART HBO SERIES, STARRING WOODY HARRELSON AND JUSTIN THEROUX

The true story of the White House Plumbers, a secret unit inside Nixon’s White House, their ill-conceived plans to stop the leaking of the Pentagon Papers, and how they led to Watergate and the President’s demise.

On July 17, 1971, Egil “Bud” Krogh was summoned to a closed-door meeting by his mentor – and a key confidant of the president – John Ehrlichman. Expecting to discuss the most recent drug control program launched in Vietnam, Krogh was shocked when Ehrlichman handed him a file and the responsibility for the Special Investigations Unit, or SIU, later to be notoriously known as “The Plumbers.”

The Plumbers’ work, according to Nixon, was critical to national security: they were to investigate the leaks of top secret government documents, including the Pentagon Papers, to the press.

Matthew Krogh is a professional change maker focused on issues of climate change, fossil fuels, and policy. Mostly based in Bellingham, Washington, he has spent his career in nonprofit activism at various organizations, and has worked as a freelance writer, ranger, and geographic analyst. He currently co-owns Warthog Information Systems, a company focused on using geographic information to make the world a better place. He is grateful for the opportunity to amplify his dad’s important life lessons through co-authoring The White House Plumbers, along with its earlier iteration Integrity.