Of Boys and Men 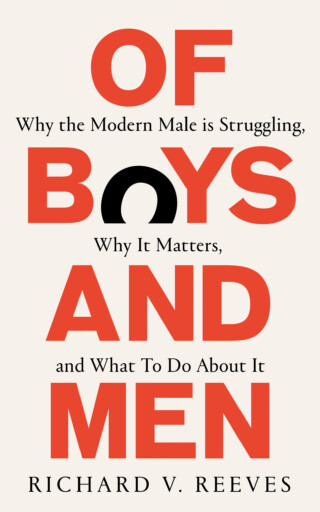 Boys are 50% more likely than girls to fail at all three key school subjects: maths, reading and science

In the US, the wages of most men are lower today than they were in 1979, while women’s wages have risen across the board

In the UK, suicide is the biggest killer of men under the age of 45

Boys are falling behind at school and college because the educational system is structed in ways that put them at a disadvantage. Men are struggling in the labour market because of an economic shift away from traditionally male jobs. And fathers are dislocated because the cultural role of family provider has been hollowed out. The male malaise is not the result of a mass psychological breakdown, but of deep structural challenges.

Structural challenges require structural solutions, and this is what Richard V. Reeves proposes in Of Boys and Men – starting boys at school a year later than girls; getting more men into caring professions; rethinking the role of fatherhood outside of a nuclear family context.

Feminism has done a huge amount of good in the world. We now need its corollary – a positive vision of masculinity that is compatible with gender equality.

Reviews for Of Boys and Men

‘As a feminist who is deeply committed to gender equality and a mother of two young men, I highly recommend Of Boys and Men. Richard Reeves both affirms the experience of so many parents of boys and puts it into broader national and global context, nationally and globally. Best of all, he offers real, practical, solutions to create a world that would be better for all of us, across the gender spectrum’ – Anne-Marie Slaughter, CEO, New America and author of Unfinished Business: Women Men Work Family

‘In this courageous, compelling, and urgently needed book, Reeves argues for dispensing with the damaging narrative of “toxic” masculinity, and offers concrete suggestions for how to support boys and men, and leverage the positive aspects of masculinity for a more peaceful and just society’ – Carole Hooven, Harvard University and author of Testosterone: The Story of the Hormone that Dominates and Divides Us

‘Too often critics dismiss the plight of males by noting that men continue to prevail at the highest echelons of business, government, and education. In this judicious and meticulously researched book, Richard Reeves reminds us that most boys and young men are not contenders for a leadership position at a Fortune 500 or a professorship at MIT … Instead of blaming men for their predicament, or pathologizing masculinity, Reeves points to sensible, humane and practical solutions’- Christina Hoff Sommers, Senior Fellow Emeritus, American Enterprise Institute, author of The War on Boys

‘Finally, an analysis of the crisis among men and boys that adds more light than heat. In Boys and Men, Richard Reeves takes on the issues facing males today with courage and compassion, and offers solutions that are both workable and agreeable across the political spectrum. A much-needed book’ – Arthur C. Brooks, Professor, Harvard Kennedy School and Harvard Business School, and #1 New York Times bestselling author

‘Important, timely, well-balanced and thoroughly researched, Of Boys and Men effectively outlines the rapid economic, psychological, social and educational decline of males in our society and then proposes a set of practical policies that offer a positive masculinity for our sons, brothers and fathers. If you are worried about rising suicide rates, addiction, educational declines, depression and mass shootings, Reeves offers crucial insights, fresh diagnoses and practical approaches to these social ills’ – Joseph Henrich, Harvard University and author of The WEIRDest People in the World

‘There is a boy crisis across the developed world. Richard Reeves deftly navigates the minefield of the American culture war over gender to give us the facts, the causes, and some surprising solutions. As the father of three boys, Reeves speaks to our hearts as well as our heads. If you have a son, or might ever want to hire or marry someone else’s son, you should want boys to succeed, and you should read this powerful and important book’ – Jonathan Haidt, NYU-Stern School of Business

‘Richard Reeves powerfully refutes the indifference towards the plight of men and boys born out of our contemporary politics. Of Boys and Men is a tour de force that replaces the decadent notions of toxic masculinity with evidence-based reasoning and reform aimed at arresting the downward trajectory of generations of men and boys disadvantaged by race, class, and male marginalization’ – Prof. Tommy J. Curry, Professor of Philosophy at the University of Edinburgh and author of The Man-Not: Race, Class, Genre, and the Dilemmas of Black Manhood

‘Richard Reeves has the rare combination of writerly flair, analytical skill, and unflinching focus on problems that partisans would rather dismiss. Just as “Dream Hoarders” forced Americans to question our mantras about social mobility, his work on men and boys is provocative, timely, and rich with real-world solutions’ – Evan Osnos, The New Yorker and author of Wildland: The Making of America’s Fury

‘The great strength of Reeves’s book … is the way he treats the multiple difficulties facing boys and men as problems in their own right … refreshing‘ – Nina Power, Literary Review

‘A thoughtful analysis of alarming evidence of a male malaise avoids the culture wars, arguing for structural and societal change … plenty of food for thought‘ – Andrew Anthony, Guardian

‘In this extremely thoughtful, evidence-based and accessible treatise, Richard Reeves clearly sets out both the case and urgency needed to improve the wellbeing of men and boys in our society. He places the ball firmly in the court of the political class, institutions and academics to now step up and resolve these issues, which have been ignored for far too long’ – Mark Brooks OBE, Senior Communications and Policy Advisor: Men and Boys’ Inclusion 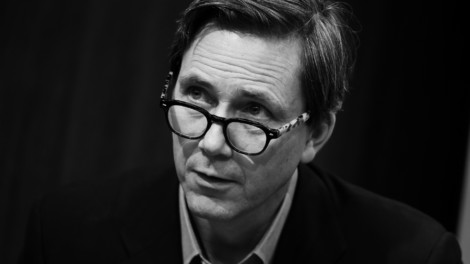 Richard V. Reeves is Senior Fellow in Economic Studies at the Brookings Institution, in Washington D.C.. A transplanted Brit, his former roles include Director of Strategy to the Deputy Prime Minister, and Director of the think-tank Demos. In 2017, Politico magazine named Richard one of the top 50 thinkers in the U.S. for his work on class and inequality.

His most recent book, Dream Hoarders, was a ‘Book of the Year’ in The Economist and the Observer, and he is also the author of John Stuart Mill: Victorian Firebrand, which was shortlisted for the James Tait Black Prize.

A father to three sons, Richard lives with his family in Chevy Chase, Maryland, USA.