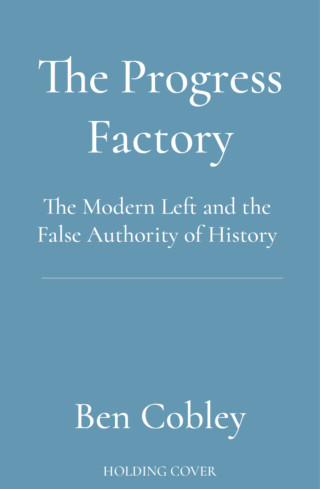 Progressives love to claim that they are on ‘the right side of history’. It gives them a sense of their own unchallengeable righteousness and a corresponding sense of moral authority.

The Progress Factory argues that this way of understanding our politics and societies, so common that we barely notice it, is deceitful and harmful. The idea that no decent person could or would oppose the inevitable course of progress encourages an authoritarian and anti-democratic spirit, which justifies crushing opponents and attempts to place one’s own authority beyond criticism and contradiction.

Cobley shows how this dynamic and sinister but banal force of progressivism, in forms ranging from contemporary leftism to neoliberalism, plays out in our workplaces, our culture and our politics.

An eloquent plea to restore a genuine sense of pluralism and contingency to our politics, this book will provide solace to anyone who has ever been accused of being on the ‘wrong side of history’.

Ben Cobley is a writer and journalist. His previous book was The Tribe: The Left and the System of Diversity. His writing has appeared in the Spectator, Unherd, The Critic, Quillette and the New Statesman.