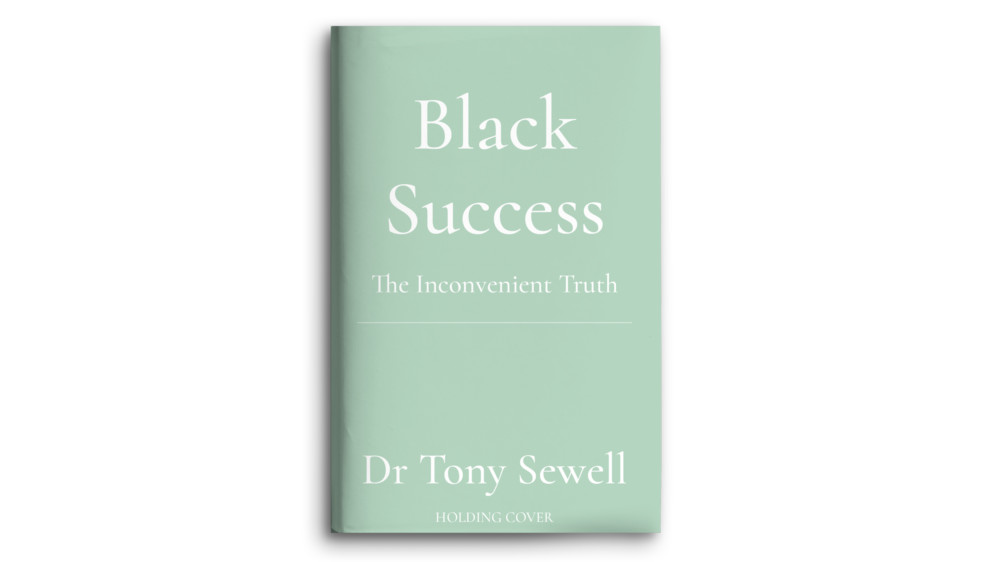 I am very excited to announce another acquisition by Forum Press – Black Success: The Inconvenient Truth by Tony Sewell.

Tony was the chair of the government’s Commission on Race and Ethnic Disparities, which delivered its report last year. The report argued that disparities in social outcomes between different ethnic groups in Britain are not always the product of racial discrimination, but have many complex causes, often rooted in culture, family influence, religion and socio-economic factors. It suggested that much progress on race has been made, and that it is no longer realistic to argue that Britain is in some fundamental way institutionally racist or systematically rigged against ethnic minorities, though racism is still an issue in some respects. It contained 24 policy recommendations that seem remarkably sensible, and probably a more substantive basis for a policy of levelling up than anything we’ve seen the government manage since.

As with any report looking at such complex phenomena and such a large amount of data, no doubt there were and are legitimate criticisms to be made of it. However, reading the document, even if one were minded, on reflection, not to agree with all of it, it’s difficult to escape the conclusion that it’s a reasonable, rather sober-minded attempt to sincerely get at the truth on an emotive and complicated topic.

The disconnect between what the report actually said and the hysterical, frankly unhinged response to it was extraordinary. The nexus of individuals and organisations making up the liberal-left political and cultural establishment went apoplectic. Their criticism went well, well beyond anything that could be said to be reasonable, measured, or in many cases even sane. Labour MP Clive Lewis  compared Tony and the other commissioners to the KKK in a tweet. Priya Gopal first suggested that Tony doesn’t have a PhD, and when evidence was pointed out demonstrating that she was wrong, her reply was ‘Even Dr Goebbels had a research PhD’. The barrage of abuse, misrepresentation and hysteria was extraordinary. The report, according to such enraged critics, was not just wrong, it was worthless; not only was it worthless, it was actively evil and pro-racism.

The whole episode illustrated a range of race taboos that have grown up among progressives. In their view, any disparity in any outcome between ethnic groups can only be explained by discrimination and institutional racism. Any other potential factor must be dismissed out of hand, no matter how much the evidence might suggest otherwise. The one exception to this is if there is evidence of a disparity in which the group that is lagging behind in some outcome is white (say white working boys in education). In that case, discrimination, by definition, can never be a factor.

These premises lead to some of the other beliefs that are now held onto with messianic fervour by the ID politics left. Britain, they hold, is a deeply and fundamentally racist country, characterised by thoroughgoing, systematic discrimination and white supremacy. There has been no progress on race at all: everything is as bad as it was 40 or 50 years ago, if not worse. Anyone who suggests otherwise is fundamentally no different from Adolf Hitler, George Wallace or Jefferson Davis.

The fact that this picture sounds completely deranged to the vast majority of the country doesn’t seem to bother them one jot – but then reality or the views of everyone else rarely impinge very much on the mental processes of religious enthusiasts and fundamentalists and their sacred taboos and dogmas.

I think that Tony bore the absurd farrago of abuse and lies he faced with remarkable sang froid and restraint (more, I think, than I could have managed). In this spirit, his new book with us, although clearly rooted in the context of his report, will avoid the temptation of playing his unbelievably negative and abusive critics at their own game. It will draw on Tony’s considerable experience to look at how British black people can succeed and thrive – and indeed how they already are in many cases, despite the picture of unrelieved doom and gloom painted by those who, for some reason best known to themselves, would rather ignore the many achievements of black communities across Britain.

Tony’s in a good position to do this, because he has a lot of practical experience in the business of helping poor black kids to thrive. Not only was he one of the driving forces behind the transformation that took place in Hackney schools, helping to take them from being among the worst to some of the best in the country (and in the process transforming the lives of countless poor black children), he also has his own charity, ‘Generating Genius’, which has helped thousands of black teenagers to find university places or work opportunities in STEM subjects. One would hazard a guess that the vast majority of his foam-flecked critics have done, at best, a tiny fraction of what he has to actually practically help black kids, rather than mouth lazy slogans and trot out the latest grievance-studies jargon.

Tony will look at a whole range of areas in his book, from education and the economy to the media, literature and family. His aim will be to show how the story of black people in Britain can be and often is one of integration, agency and flourishing not division prejudice and grievance – despite very real historical barriers of discrimination – and how we can make that the case even more widely now.

It’s a sign of what a dangerous position we’re in that this book – a positive, upbeat account of ethnic minority success and racial harmony – seems so unusual. Let’s hope it contributes to a change in the political and cultural weather.

Black Success: The Inconvenient Truth is due to publish in Spring 2023. The views of this blogpost are not necessarily the views of Tony Sewell.